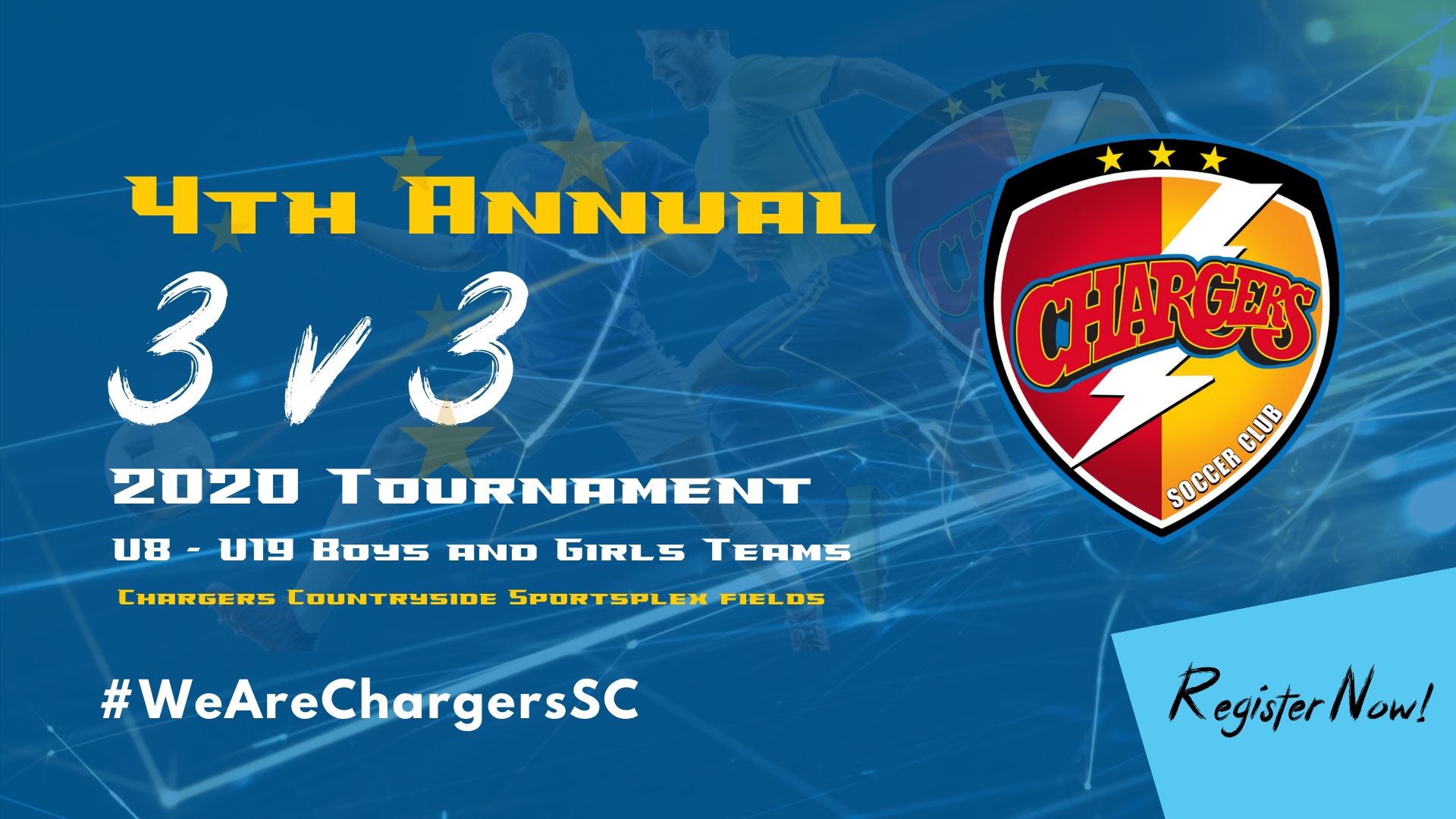 The Chargers Soccer Club is excited to partner with the City of Clearwater to host the 4th Annual Clearwater 3v3 Shootout!  This is will be a fun-filled event packed with exciting, fast-paced soccer.  3v3 is one of the best forms of the game, with players getting many more touches and opportunities to attack and score goals than in normal games! Thank you for being a part of this exciting new tournament! We look forward to many more!

All Tournament games for April 11th will be held at the Countryside Sportsplex, 3060 N. McMullen Booth Rd, Clearwater, FL  33761.

Small-sided games allow players to get many more touches, increased tactical decision making and force players to improve their movement off the ball. It is a key small-sided game to developing great technical and tactically aware players.