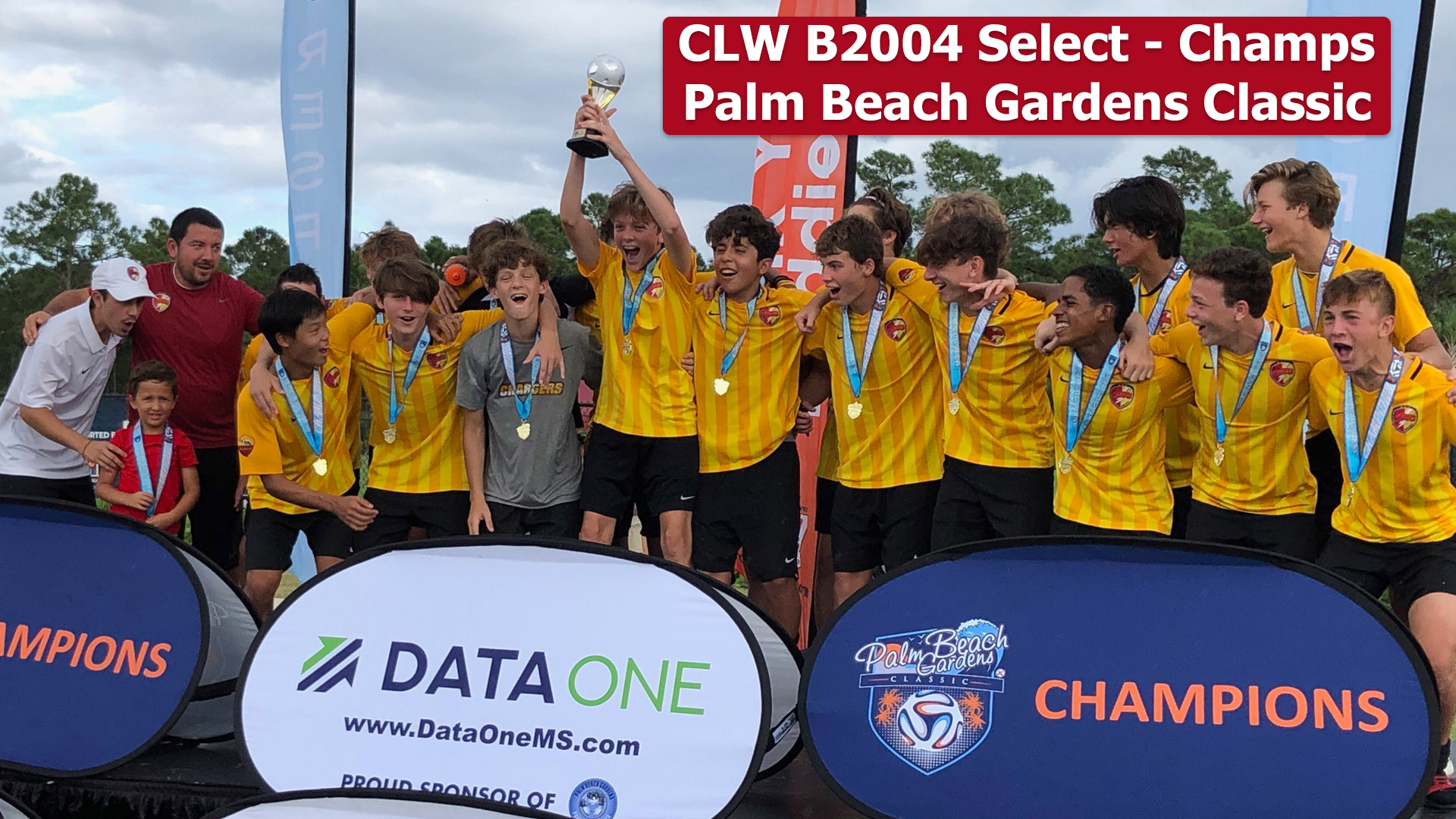 The Chargers Clearwater B2004 Select team, coached by Jason Montoya & Alejandro Alzate, had a terrific weekend at the Palm Beach Gardens Classic.  The boys played four matches with six goals in favor and one against winning two games and tying 1 in the group stage, advancing to the finals beating Martin United 2 to 0.

Coach Jason said that he was very proud of the boys for their accomplishment, saying, “They were committed, disciplined, organized and most importantly played for each other throughout the weekend. Keep it up, boys! Forza Chargers!”