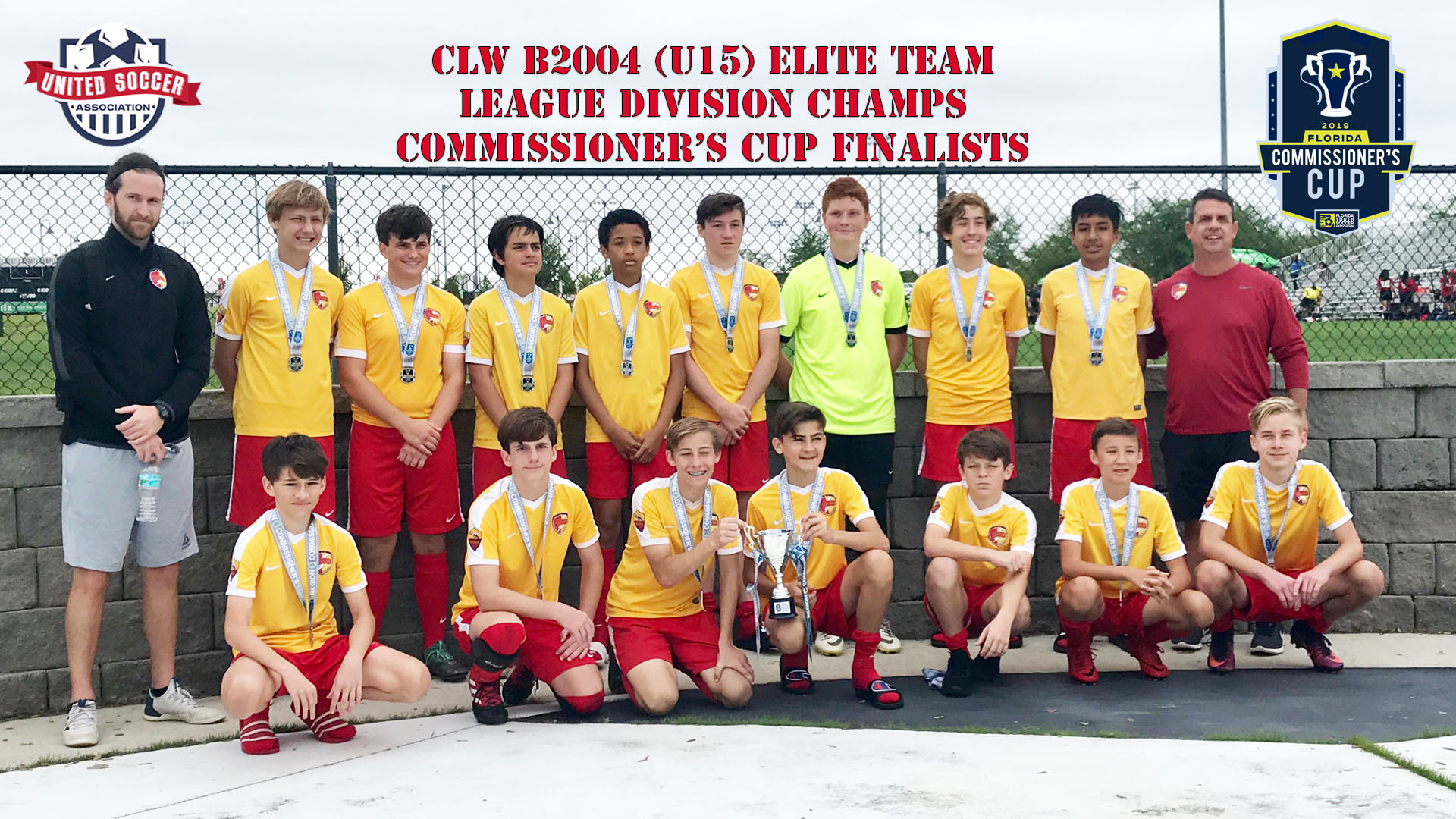 Congratulations to the CLW B2004 (U15) Elite team for a well done season!!  The team is coached by Head Coach Mike Carboni & Assistant Coach Sam Fairman.

In mid-March the team captured the USA League title by going undefeated 10-0, during regular season games.

Then last weekend (3/16-17/19) the team reached the finals of the FYSA Commissioner’s Cup.  25 teams entered the Commissioner’s Cup tournament in their age group and this team went undefeated until the Championship game in overtime.

What a terrific experience this season.  You represented yourselves and the club well!!  The team showed what it takes to be a Charger.  Congratulations to all!!