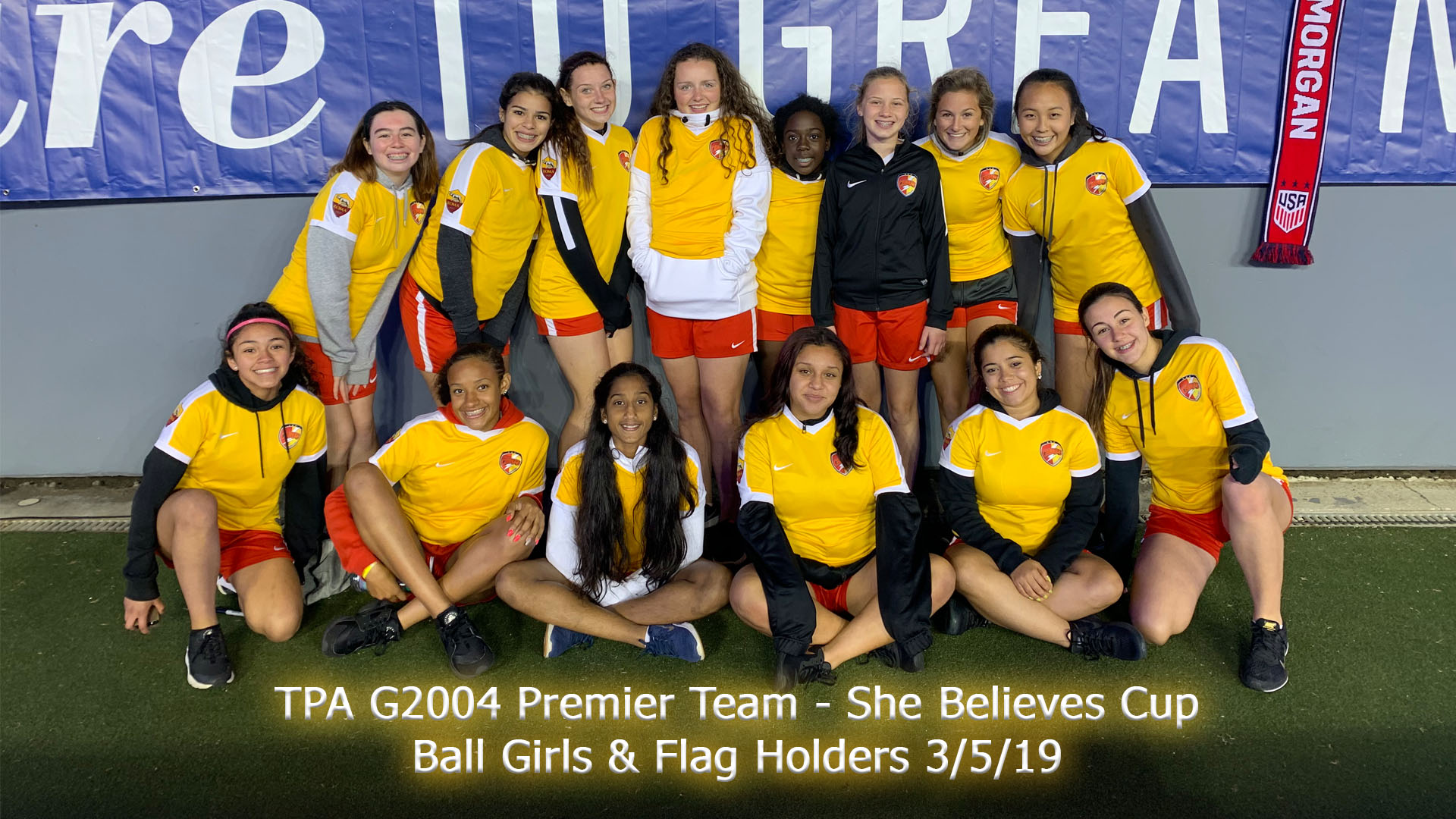 If you missed it, the She Believes Cup game was held at the Tampa Raymond James Stadium on 3/5/19.  A great night of Women's National Team action.

There were many Chargers there representing the club.  The photos received to date are from the TPA G2004 Premier team coached by Jackie Vaughan.  They were the Ball Girls & Flag Holders that night.  Love the photos below, girls!!

Also, the CLW G2008 (head coach Ed Lynch) & the TPA G2008 (head coach Tim McGuire) teams came together as the escorts walking out with the women national team players of the USA and Brazil.  (CLICK HERE for that article & photos)