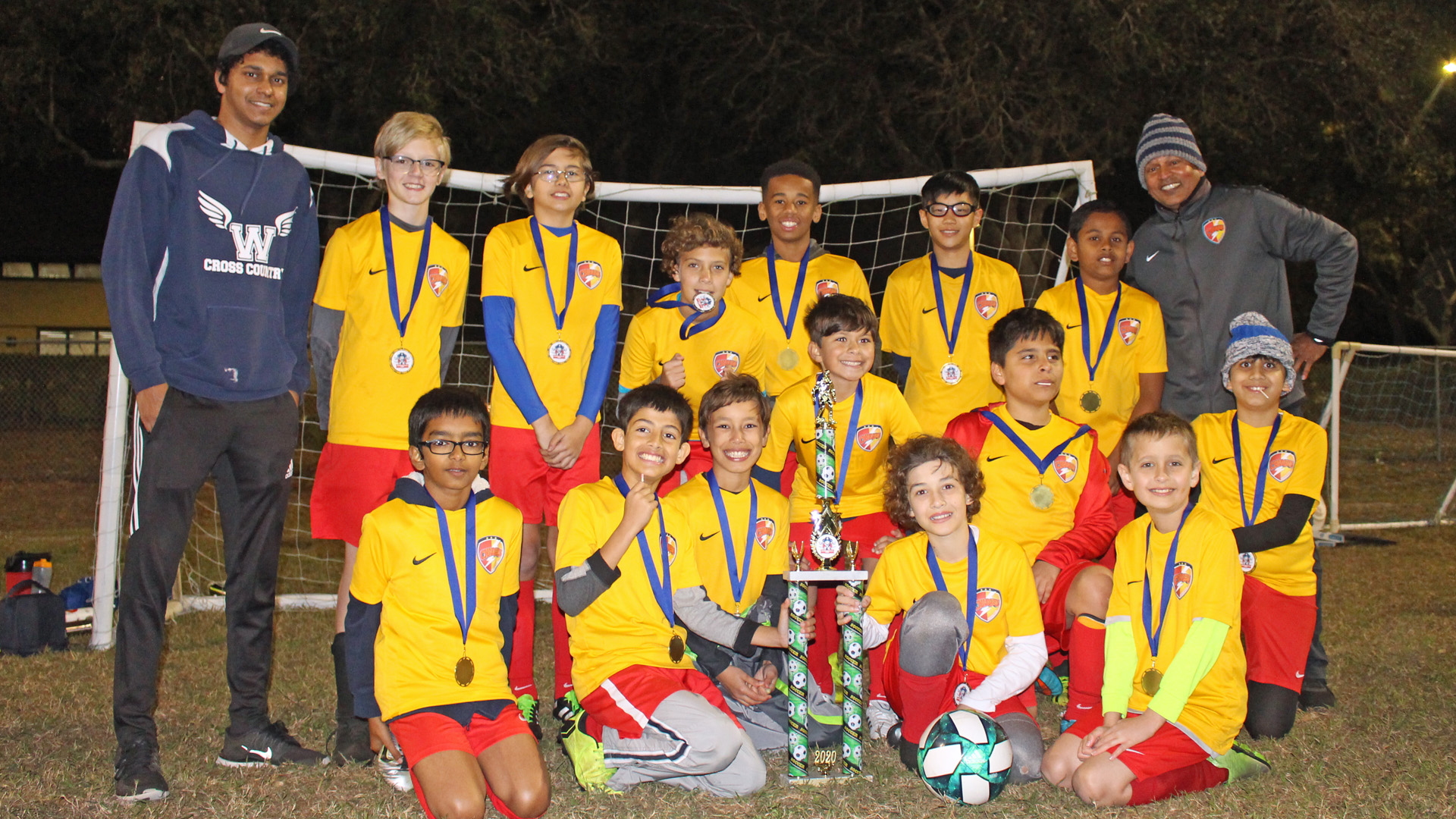 On January 17-19, 2020, the team played in the Gasparilla Cup - 4 games in all - 3 wins & 1 loss.  They were crowned Champions and presented with their hard-earned trophy & medals.  It is awesome seeing the smiles on the boys' faces in the photos listed here (and link to the larger photo album below).  Awesome!!

Then the team played in a very strong bracket in the Brandon Cup, January 24-26, 2020.  The teams in this group were some of the strongest teams in the Tampa Bay area.  Although fighting hard, the team lost both of their games on Saturday in this very strong bracket, but then came back on Sunday rallying to play one of the strongest teams.  Coach Shreesh said, ". . . the boys went on to play the game of their lives . . . scored nice goals to lead 2-0 at halftime. Unfortunately, the nonstop pressure in the second half plus some unlucky bounces meant we ended up losing the game 2-3 but the boys went home very happy because they’d played well."

CLICK HERE to view the photo album for the team.