U15 Girls Rec Battle of the Bay 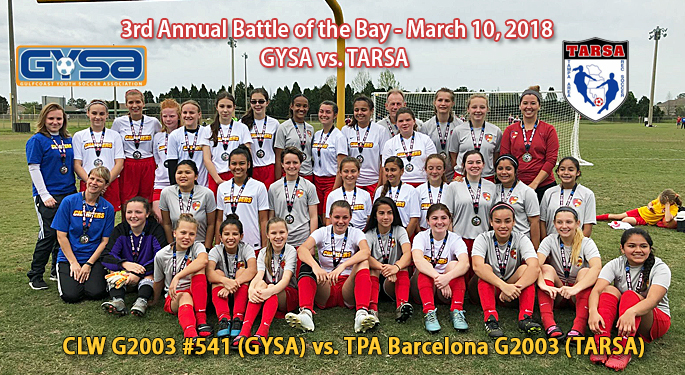 These travel rec teams have league play games from about October to February and then they have their end of season competition.

After their season's league play is over, the top 2 teams in each girls' & boys' age groups then go on to play in the Battle of the Bay - GYSA vs TARSA.

For the 3rd Annual Battle of the Bay held on March 10th in the U15 girls' age group, the Clearwater G2003 (coached by Shelly Cline-Graves) played the Tampa G2003 team (coached by Jackie Vaughan) . . . Chargers vs Chargers.

It was a great competitive game and a lot of fun was had by all.  Final score 2-1 Tampa.

The photo here is of both teams with their coaches & staff.