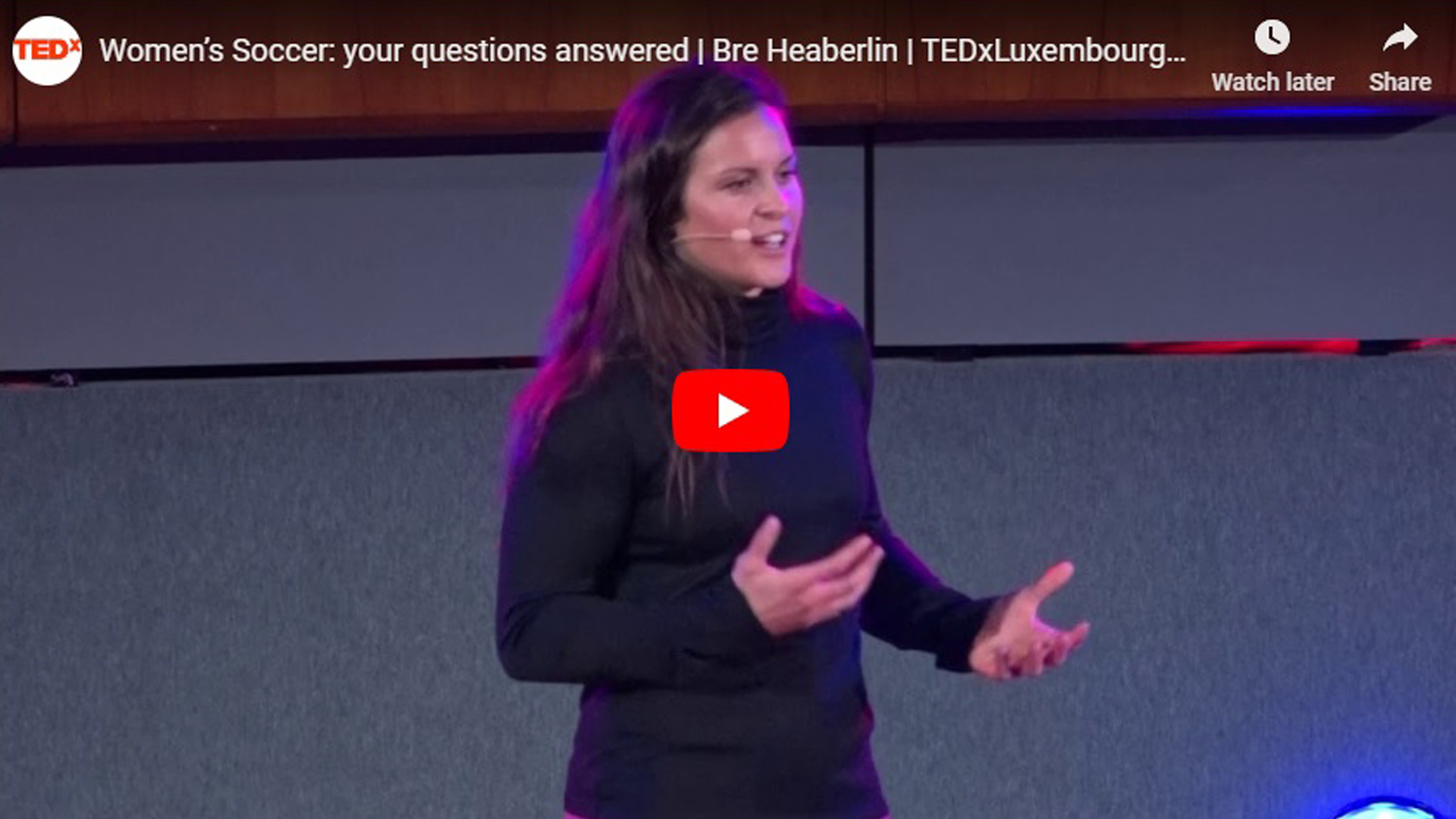 Bre Heaberlin, currently 26, has had an illustrious soccer career in the goalkeeper position. She grew up playing as a Charger, played on the U.S. Women's National U17, U18 & U20 teams, as well as at the University of North Carolina (2012-2015). She has represented the United States on the under-20 national team and won gold with the team at the 2012 CONCACAF Women's U-20 Championship and 2012 FIFA U-20 Women's World Cup.

Her professional career took her to Germany, where she played for Turbine Potsdam until 2017. Bre is currently playing for FFC Frankfurt.

During her talk she gives a big shout out to Chargers SC Goalkeeper Coach, Kevin Clinton, (12:02) who has made an enormous difference in her development. Way to go, Kevin!

So proud of you, Bre!!! You continue to shine on the public stage on and off the pitch!