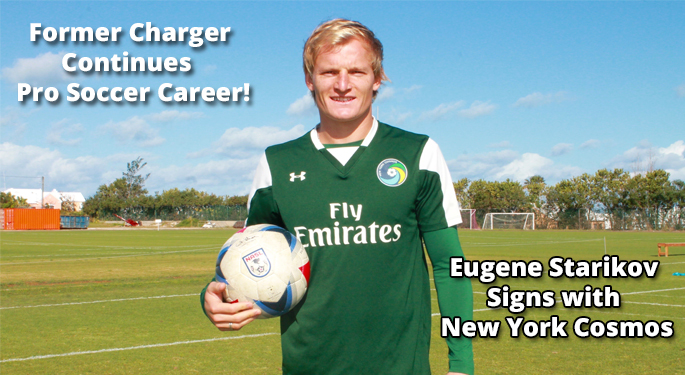 Another Charger continues their professional soccer career - EUGENE STARIKOV.  Click on the link above for the 3/17/17 New York Cosmos announcement.

Eugene, a Ukrainian bon player, moved to Clearwater, Florida from California and joined the Chargers team (from about 2005-2007) for his last 2 years of high school winning both State Championships at the club & high school (with Palm Harbor University) levels.

So exciting for Eugene that his professional career continues in the back in the United States with the New York Cosmos.