Chargers SC star to get shot in MLS 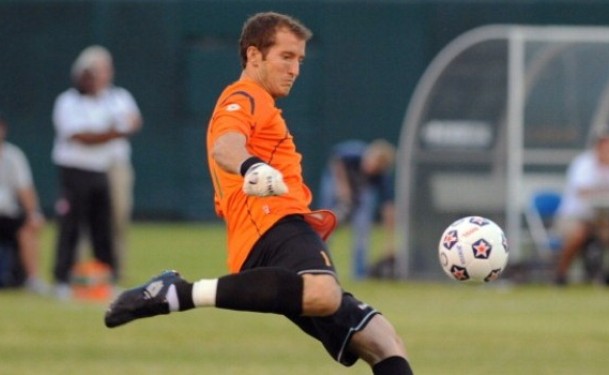 SANDY, Utah – Real Salt Lake has signed 24-year-old GK Jeff Attinella. Per league and club policy, terms of the deal will not be disclosed. Attinella was selected by RSL in the first round (14th overall) of the 2011 MLS Supplemental Draft. The University of South Florida product was released by the Claret-and-Cobalt prior to the 2011 season, joining the Tampa Bay Rowdies – then FC Tampa Bay – of the NASL days after leaving RSL.

Attinella had two successful seasons with the Rowdies, helping the team reach the playoffs in his first professional season in 2011 and starring in Tampa Bay’s run to the NASL title in 2012. Attinella was named to the NASL Best XI in 2012, earned NASL Player of the Week honors five times and made three saves in the penalty shootout in the Rowdies’ 2012 Soccer Bowl win over Minnesota Stars FC.

“Jeff’s a talented young ‘keeper coming off a great season in NASL,” RSL GM Garth Lagerwey said. “We’re excited to bring him back to the club.”