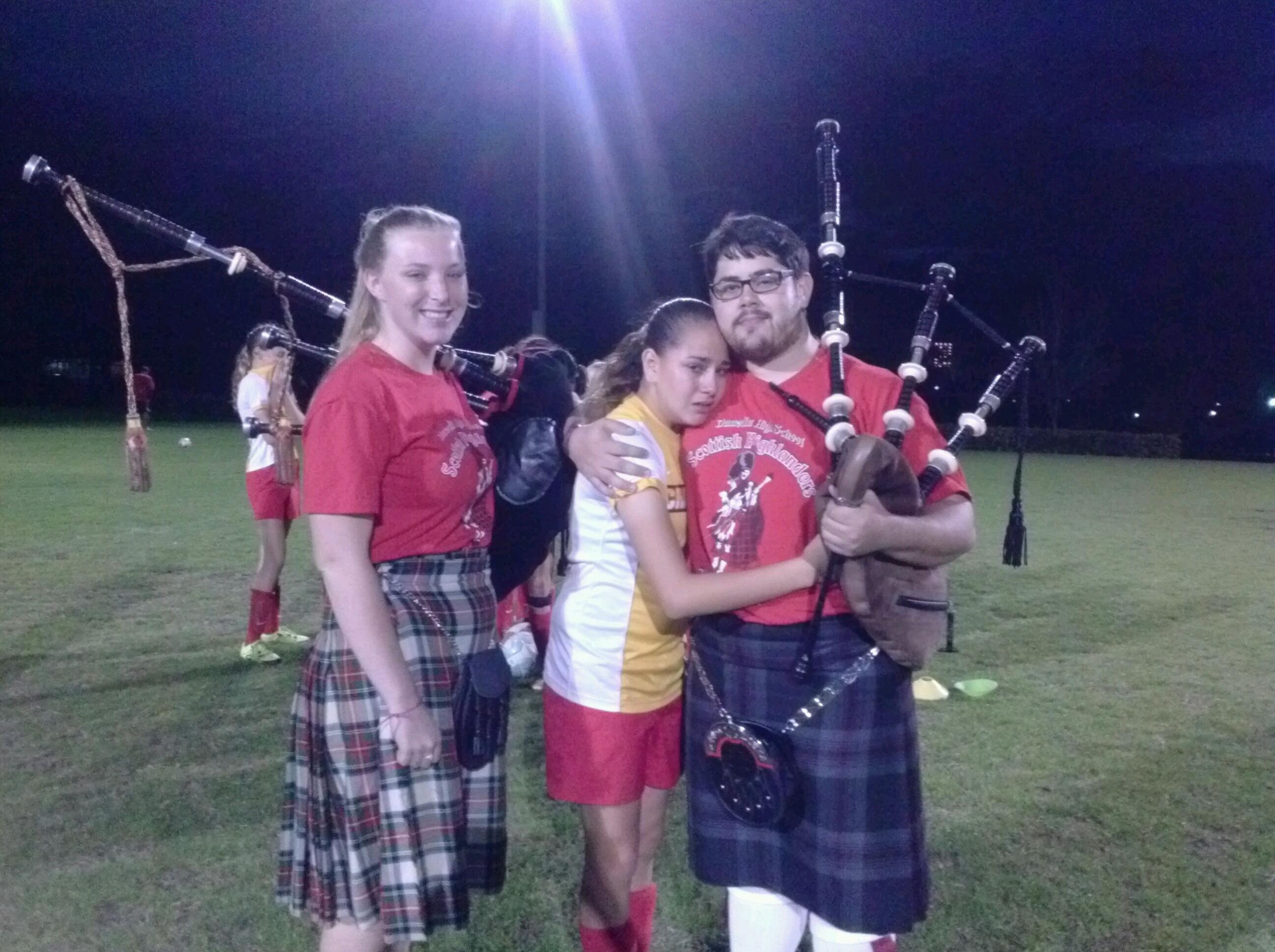 Many of you may remember that we lost one of our Charger family members back in September 2014.  Danny Mariscal (18) tragically met his fate in an automobile collision.  Danny is the son of Asistant Coach Daniel Mariscal (CLW U14g) & Karen Mariscal (long time soccer family & die-hard volunteers).  He was also the older brother to current player Hannah Mariscal (also on that same team).

Well, February 3rd would have been Danny’s 20th birthday.  The CLW U14g also had a game that same night.  During team warm up, those in attendance could hear bagpipes playing Scotland the Brave – 2 bagpipers marched from the parking at David Martin Fields, down the sidelines and out on to the field to give Coach Daniel and Hannah a big hug & say GO CHARGERS!