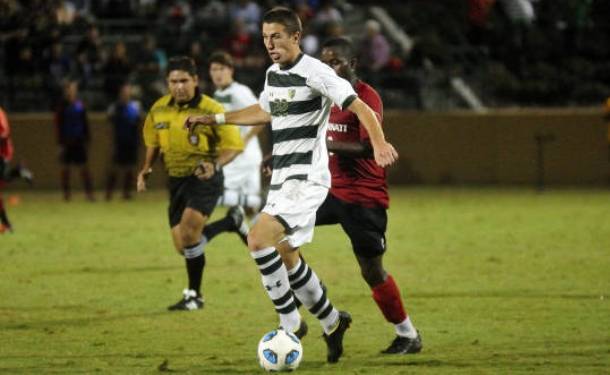 CLEARWATER, Fla. - Former Chargers SC and University of South Florida defender Ben Sweat was selected 14th overall by the Columbus Crew in the 2014 MLS SuperDraft in Philadelphia. A lifelong Charger, Sweat was a member of the Chargers US Soccer Development Academy program from 2007-10 and went on to have an outstanding college career at the University of South Florida. "Ben is a great example of the Chargers SC player development philosophy," Chargers USS Development Academy Director Garth Pollonais said. "He has always been driven to succeed. Having had the privilege of coaching Ben with the Chargers Academy program, he is a great player for our current players to emulate."

A 6-foot-2, 175-pound native of Palm Harbor, Fla., Sweat also played for Palm Harbor High School and won a Super-20 League national title in 2011 with the Crew Juniors. He also has played for Reading United AC of the PDL and trained with Swedish club Djurgarden in the summer of 2012. Sweat was also invited to the US U20 National Team camp.

Congratulations to Ben and his family.