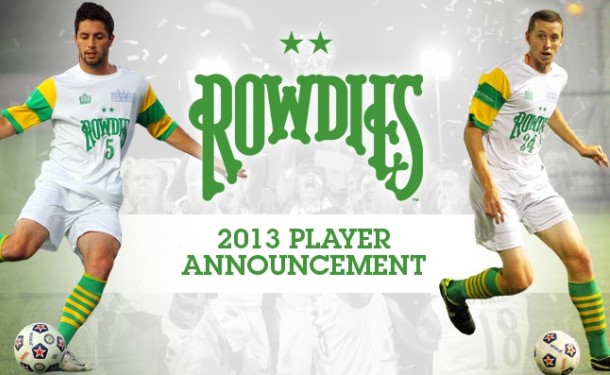 The Tampa Bay Rowdies announced on Wednesday the signing of midfielder Kyle Clinton and defender Jordan Gafa, both to a two-year contract with the second year being a club option.

Clinton (6-4, 180) joined the Rowdies as a trialist at the start of the 2013 season and has seen action in the Disney Pro Soccer Classic, as well as other preseason matches. The Francis Marion University standout started his first match last Saturday against Saint Leo. Clinton, originally from Safety Harbor, is a product of Global Premier Soccer’s Portland Phoenix of the Premier Development League, a Rowdies player development affiliate club.

Gafa (5-10, 165) was previously captain of the 2012 University of North Carolina soccer team, where he was known for his technical ability at the right-back position. The 22 year-old came to the Rowdies as a trialist prior to the first leg of the I-4 Derby Presented by United World Soccer on March 9. Since his arrival, Gafa has seen playing time in most of the 2013 Preseason Tour matches.