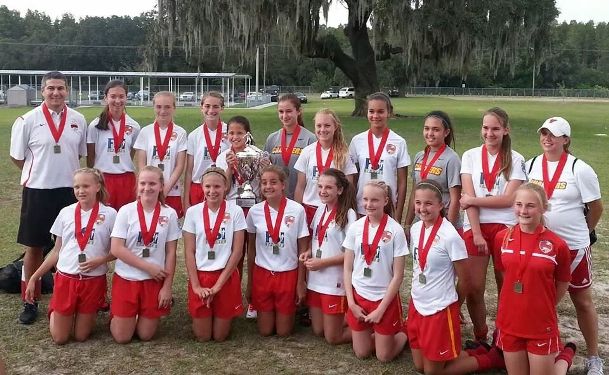 Coach Pablo Otalvaro’s team won with solid play on both sides of the ball, finishing with 14 goals scored while not allowing a goal against. The Chargers opened with wins of 3-0 and 4-0 against Krush and Clay County, and wrapped up the group with a 2-0 win against the VSI Pinellas Flames.

Several other Chargers SC teams enjoyed success at the tournament, with the Clearwater U11 Boys Red, the Tampa U15 Elite Girls and the Tampa U16 Eite Girls also reaching the title game, while the Fishhawk Ranch U15 Elite Girls claimed the U15 White Division title with a 2-1 victory against Greater Tampa Bay FC.