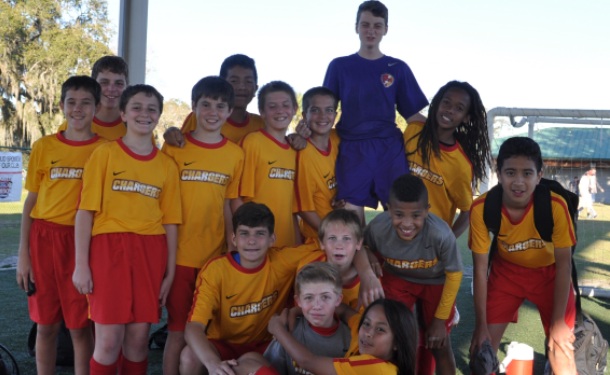 Coach Pablo Otalvaro's U14 Clearwater Elite Girls captured the White Division title in Clearwater. The team was a perfect 4-0-0 and capped the weekend with a 4-0 win vs. West Florida in the final.

Coach Marco Ferrin's U18 Tampa Girls marched through the competition in the U19 White Division, defeating Celtic FC Florida (4-0), PDA Florida (2-1) and the Sunrise Sting (3-1) to claim the top spot in the showcase-format event.

Runners-up included the Tampa U17 Boys, the Clearwater U15 Boys and the Lakewood Ranch U18 Boys.

Congratulations to all of the players and coaches!