Finish 2-1-0 in group play to advance 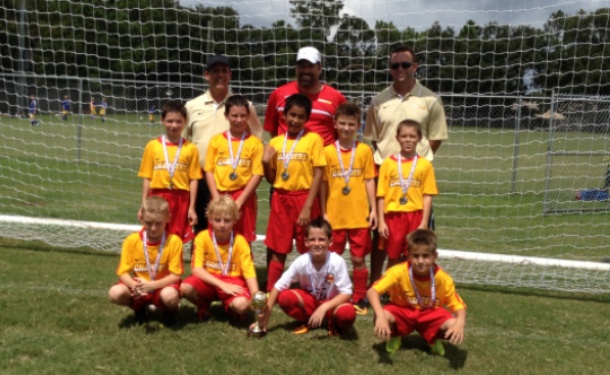 CLEARWATER - Great work by the Chargers SC Clearwater U10 Boys, who reached the finals of this past weekend's Fall Classic in Palm Harbor. The team, coached by Marco Pollastri, reached the finals after posting a 2-1-0 record in group play.

After an opening 5-4 loss against TBU, the Chargers pulled off 5-4 and 8-5 wins against their fellow Chargers Academy teams from Clearwater to finish second in the group and advance to the finals. Great work!