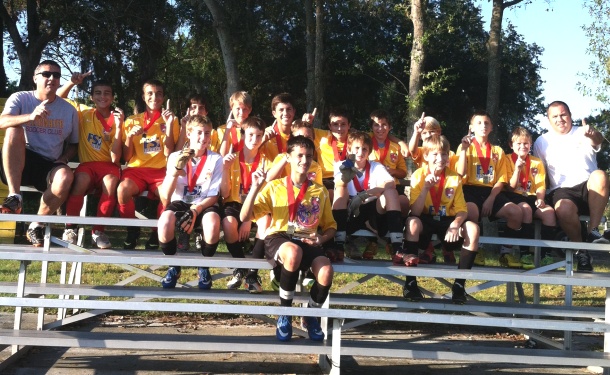 The Chargers won thier group with a 2-0-1 mark in pool play, opening with a 2-2 tie vs. TBU on Friday, and followed by a 2-0 victory vs. Warner ASG on Saturday. They concluded group play with a 2-1 win against Orlando City Youth Soccer Purple on Sunday morning to advance to the title game vs. the Flames, who were 3-0-0 and won the other group.

Coach Ken Jewell's squad was equal to the task, winning the hard-fought match 2-1 to take home the trophy.