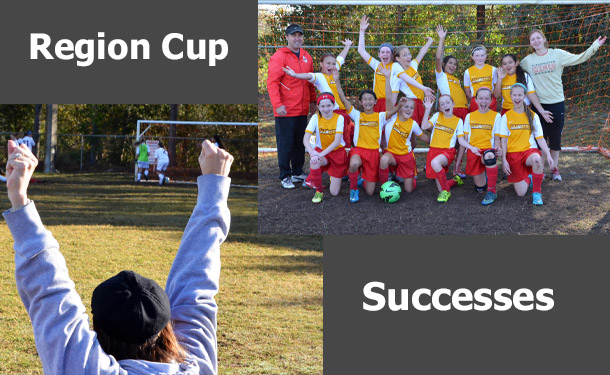 In addition to other post season tournaments, toward the end of every season, most competitive teams play in some form of Cup Play:  Region C Cup Festival (U9 & U10), Region C Cup (U11-U19) or State Cup (U13-U19).

Below are updates to those events (most recent on top).

Social Media:  Chargers, don't forget to send your photos & blurbs for us to post on our social media channels.  You can post to your Twitter & Facebook adding the tag "@ChargersSC" and we will add them to the clubs' timelines.  You can also text them to 813-444-8325 or email them to Kathleen@ChargersSoccer.com.  Don't forget to provide your full team name including which Charger Community and your age group.

Region C Cup Festival was played February 6 & 7.  There were 8 U9 & U10 Charger teams that chose to play in that event with great successes for all.

Region C Cup play began 2/2016.  463 teams were accepted to play from the Region C part of Florida.  26 of those teams were Charger teams.  Since the beginning of the competition weekends teams have been busy playing the initial rounds, the Round of 16 & Quarter Finals.  This weekend (March 19-20), they will play the Semi-Finals & Finals.  14 Charger teams made it to the Quarter Finals & 9 of those teams advanced further to the Semi-Finals.  Congratulations to all and, to those 9 teams, best wishes this weekend!!

Are the teams that became Champions in their Finals game (3/20).  Way to go to all!!

Teams that made it to the Quarter Finals

State Cup also begins this weekend and will be played through to May.  16 Charger teams will proudly represent the club in this event.  We’ll keep you updated.