Lady Charger To Represent Jamaica At CONCACAF U-17 Womens Championship 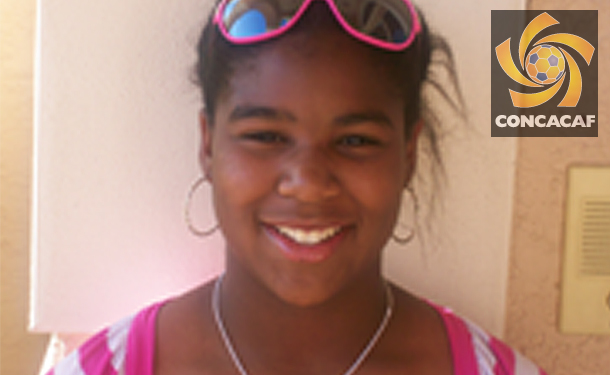 Kayla Gray from our Lakewood Ranch Chargers U-16 Girls team will be representing Jamaica at the upcoming CONCACAF U-17 Women’s Championship to be held in Guatemala May 2nd-12th. The CONCACAF championship will match up 8 countries from the region (Bahamas, Canada, Guatemala, Jamaica, Mexico, Panama, Trinidad & Tobago and USA) competing for the top 3 spots to represent CONCACAF at the FIFA U-17 Women’s World Cup to be held in Azerbaijan September 22-October 13. Kayla and the Jamaica team will face Guatemala, Canada and Panama in Group A of the first round, while Group B will have the Bahamas, Mexico, Trinidad & Tobago and the USA facing each other. The top 2 teams from each group will advance to the semi-finals. The semi-final winners and the winner of the third-place game will qualify for the U-17 Women’s World Cup.

Kayla plays as a Forward and Defender for our Lakewood Ranch Chargers U-16 Girls team and will be playing as a Forward on the Jamaican team. On Sunday April 22nd Kayla departed to Jamaica to participate at the team’s final training camp in Jamaica April 23rd-29th before the team departs to Guatemala on April 30th. With our U-16 Girls still in the chase for the FYSA State Cup Championship, Kayla has been given the green light to leave the Jamaica training camp temporarily to join her U-16 Chargers teammates at the sweet 16 and quarter finals rounds of State Cup to be played April 28th and 29th in Palm Coast. She will re-connect with the Jamaican team on April 30th.

Please help us congratulate Kayla on this great achievement of making the Jamaica U-17 team and wish her a successful tournament.

You can keep up with Kayla and the “Reggae Girlz” throughout the tournament via the free live stream broadcast of all the games via CONCACAF TV at this linkhttp://www.concacaftv.premiumtv.co.uk/page/Home/ (follow the on screen instructions on how to register free of charge to view the matches). You can also access more information about the CONCACAF U-17 Women’s Championship via the attached file and this CONCACAF website linkhttp://www.concacaf.com/page/WUnder17s/Home/0,,12813,00.html