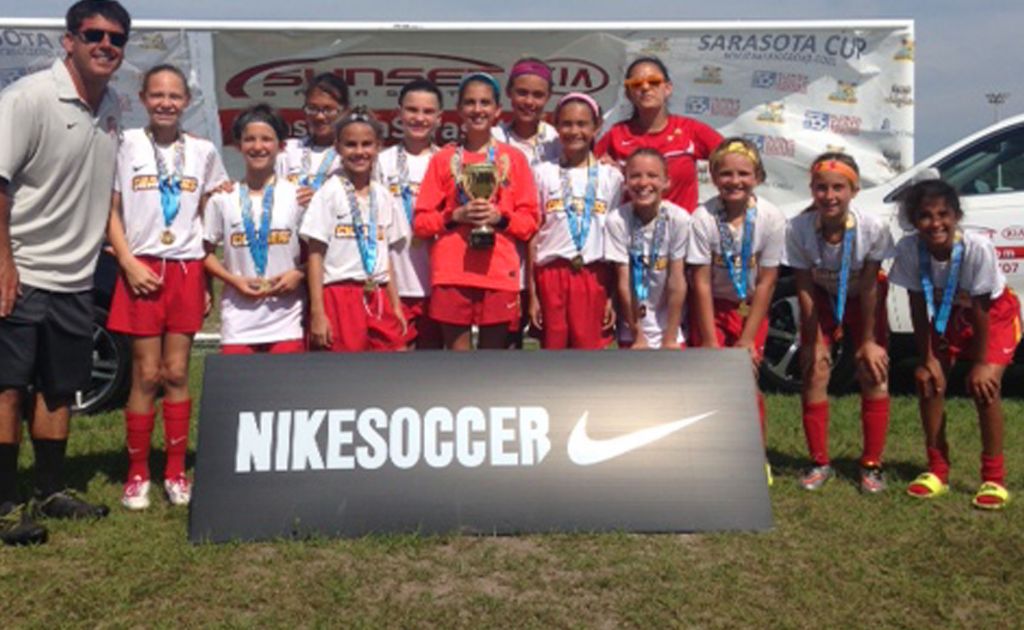 The Tampa Chargers U11 Girls 03/04 Girls, coached by Head Coach, George Kiefer, and Assistant Coach, Lindsey Krakower, won back-to-back Gold Division Titles the past two weekends at the Florida State Invitational in Tallahassee, FL and are the 2nd straight consecutive FC Sarasota Cup Gold Division Champions. Undefeated in their last 9 games, they won every game at both tournaments, only giving up 2 goals in 8 tournament games, scoring 33 goals, and beating the #12 & #21 ranked teams in the state. They were ranked #16 in the state going into the FC Sarasota Cup, but are now ranked 10th in the state. In addition, they were recently the Disney Presidents Day Finalists beating the #6 & #9 ranked teams in the state.