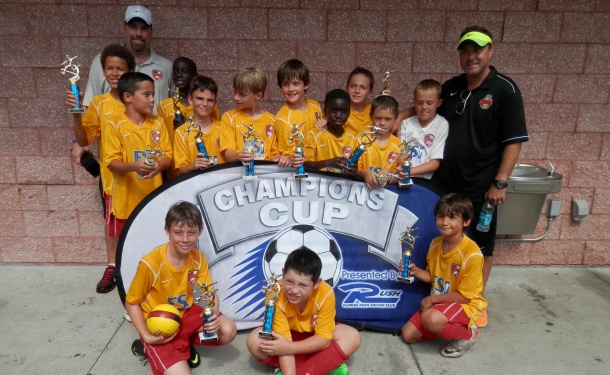 CLEARWATER, Fla. - Coach Marco Pollastri's Clearwater U10 Boys captured the Nike Champions Cup title this past weekend, playing up in the U11 division. A 4-0 win against Brandon FC gave the team the trophy after posting two wins and a tie in group play. Recently the team also reached the final of the BSI Bazooka Tournament while playing up in a U11 bracket.

Pollastri’s team started with a 2-0 win against FC America’s U11s in group play, then dropped a 3-2 decision against Orlando City. They earned a spot in the finals with a 3-2 win against the Hunters Creek Vipers.

In the championship match at Austin-Tindall Regional Park in Kissimmee, the Chargers battled Orlando City to a 2-2 draw through regulation and two overtimes, only to fall short in penalty kicks.

Congratulations for a job well done!