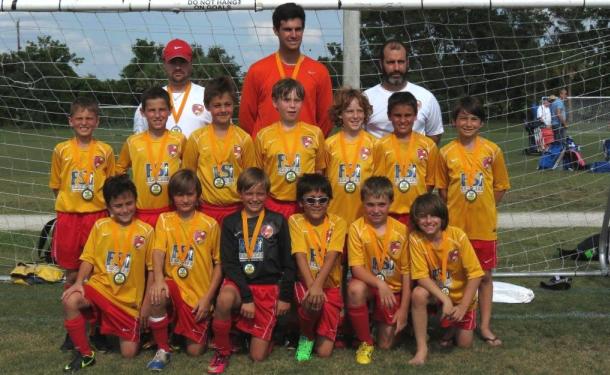 CLEARWATER, Fla. - Congratulations are in order for the Chargers SC Clearwater U11 Boys, who reached the championship game of the Sarasota Cup this past weekend. Coached by Sergei Stopek, the Chargers defeated FC Sarasota 4-3 and Englewood YSA 1-0 in group play to advance to the playoff rounds. They rolled past Cape Coral 3-0 in the semifinals to reach the championship game, where they were defeated by Central Pasco.