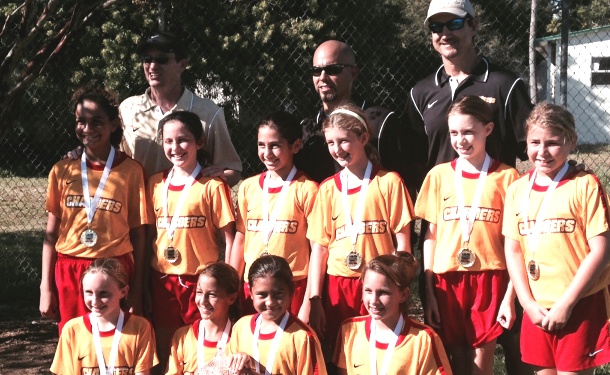 TAMPA, Fla. - The Tampa Chargers U11 Girls captured the Largo Halloween Tournament title this past weekend, outscoring the opposition 14-2 in the process. The team, coached by Felix Avila, defeated Largo United 3-0 in the championship game.

The Chargers started the tournament Saturday morning in Pinellas Park with a 5-2 victory against Englewood Youth. They continued their dominance with a strong offensive and defensive effort Saturday afternoon, taking a 4-0 victory against Greater Tampa Bay FC.

With the group title up for grabs Sunday morning, the Chargers held off Florida Spirit 2-0 to advance to Sunday afternoon's championship in Largo.