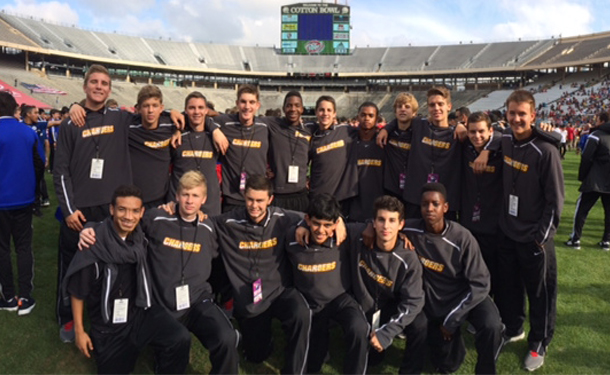 The U15-16 Charngers U.S. Soccer Development Academy team advances to the Dallas Cup Semi-Finals in the U17 bracket with a 2-1 win over FC Dallas EL Paso today (Friday, 4/18/14).  They will be playing FC Dallas Premier in the Semi-Finals on Saturday for a berth in the Finals on Sunday . They have a tough task ahead of them, but Head Coach Garth Pollonais said that the boys have adapted well so far.

UPDATE:  It was a hard fought and well played Semi-Finals game against a very tough FC Dallas team, but was lost in injury time 1-0 at the end of the game.

Congratuations to Coach Garth & the boys!!  You represented the club well!!