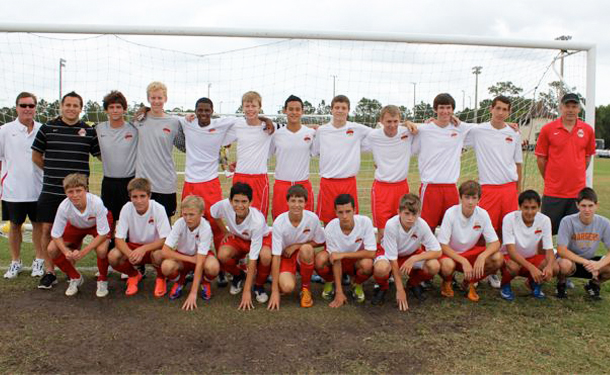 U16 LWR Chargers Boys have arrived!  This season brought new and old players together to form the start of a powerful team.   Local clubs put their differences aside for the betterment of the boys to play and succeed together . . . a true community commitment to Soccer.  Boys from Englewood, Venice, Sarasota and Bradenton have formed to make this team a force to be reckoned with. Under the direction of Coach Geoff Womeldorph their first glimpse at success came during the December holiday Tampa Bay Sunbowl Tournament when they earned the champion title. Their success did not stop there as they are continuing to work hard and develop as a team which has now earned them a spot in the State Cup final four.